The exhibition, In Service and Beyond: Domestic Work and Life in a Gilded Age Mansion, located in the Maymont Mansion basement, opened in 2005 after a decade of research. Through wills, census records, oral history interviews, and a cache of newly discovered Dooley papers, the picture of the Maymont household became increasingly detailed. More than twenty domestic employees were identified during the preliminary phase, and by the opening, almost forty were known. The household included a butler, assistant butler, cook, kitchen maid, housemaid, lady’s maid, and laundress. Nearly all were African American.

In Service and Beyond examines the Maymont household and its domestic workers in the social, economic, and technological contexts of the era. After a careful reexamination of the exhibition, it was time to go beyond the duties, rituals and material culture of Gilded Age service, to look beyond the Maymont gates and address the particular challenges of African American domestic workers throughout the South.

African American domestic employees at Maymont met the challenges of running an elaborate estate. At the same time, they negotiated the era’s Jim Crow laws enforcing racial segregation, fostering racism and creating an American racial caste system. Behind the scenes, they were individuals with their own skills, personalities, goals and challenges. And, upon leaving Maymont, these individuals took pride in their work ethic, and went into their communities with modest wages to raise families, support businesses and churches, and to help build today’s Richmond.

Today, Maymont Foundation recognizes the need for an expansion of the comprehensive and the complicated narrative building upon the foundations of the work done more than 20 years ago. Through grant-funded community events, experts and the public have voiced interest in “seeing” and “hearing” the individuals that were once rewarded for their invisibility and silence. Maymont seeks to feature the known individual employees as prominently as the work spaces where they toiled. This new phase of interpretation is titled African American Voices. 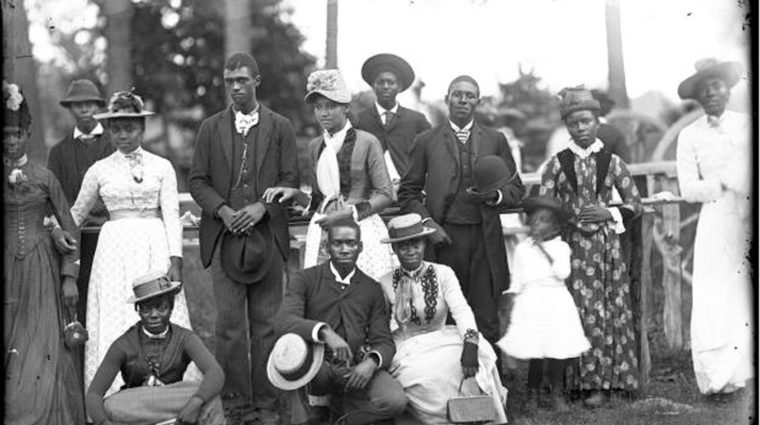 Explore challenges and dreams of the Black community 100 years ago.

In Service and Beyond Virtual Tour

Take a virtual tour of the Maymont Mansion rooms where the domestic staff worked from 1893-1925. The interactive experience includes biographies of the men and women employed by the Dooleys and information about the activities that were commonplace in each space during the era.

The Dooleys employed seven to 10 staff who worked inside their home and dozens of others who tended the grounds. Most Maymont staff members were African American from the greater Richmond area, although a handful had migrated from other states.

Meet some of the men and women who experienced Maymont as a workplace. At any given moment, the Dooleys employed seven to ten domestic employees—nearly all African American—to maintain the elegance and order of their home.

A vast number of African Americans turned to domestic service for a living. A 1897 survey determined that Richmond and Washington, D.C. tied for the highest domestic employment rate among all major American cities. That year in Richmond, there was on average one servant for every thirteen people.

A few members of the domestic staff at Maymont "lived on the lot," but most "lived out" with their families. Discover how their jobs affected their lives at home.

The Not-So-Gilded Age of Jim Crow

The Maymont era coincided with the beginning of the Age of Jim Crow, one of the most violent and repressive periods in American race relations. The term Jim Crow, coined from an antebellum theater character, refers to the subordination and separation of African Americans through law, custom, and force.

The work of the kitchen staff revolved around a rigid schedule with many deadlines. Discover more about the preparation of food at Maymont.